At O(6) request, she is learning to write in cursive.  She has wanted to learn to write in cursive for years, but when we tried last summer, she wasn't ready and she didn't enjoy it.  When we tried again a couple of months ago, she was ready, and she LOVES it!  We are using the Handwriting without Tears cursive workbook. 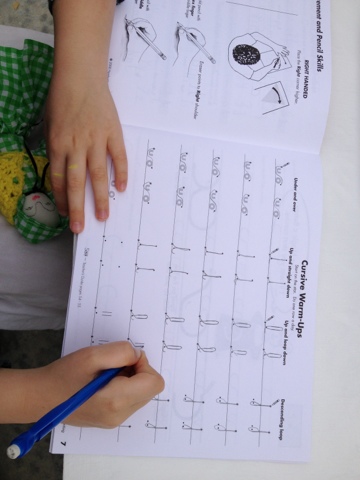 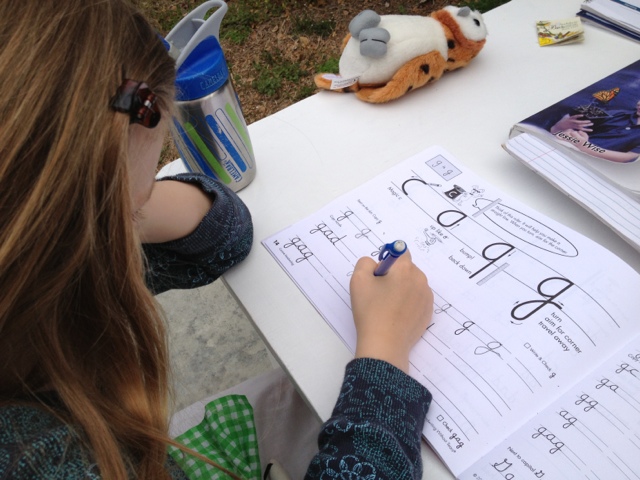 When the weather is nice, we have school outside.  O(6) wrote her sentences with sidewalk chalk before identifying the nouns and verbs in the sentences.  She is doing her First Language Lessons in the picture.  She usually loves her language lessons, especially the poem recitations and stories for narrations. 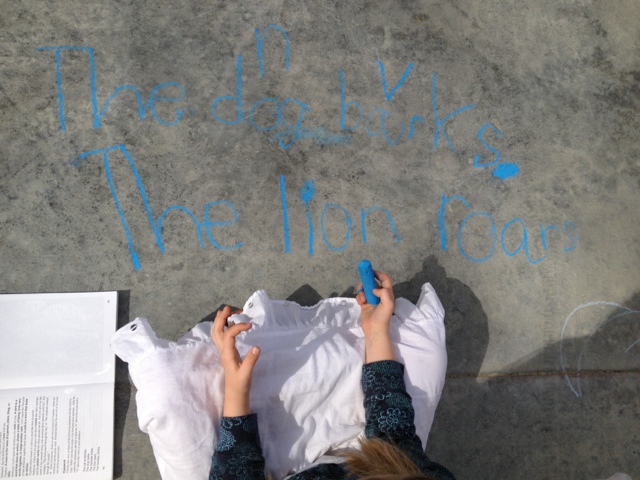 Both girls love creating with the Handwriting without Tears letter forms. 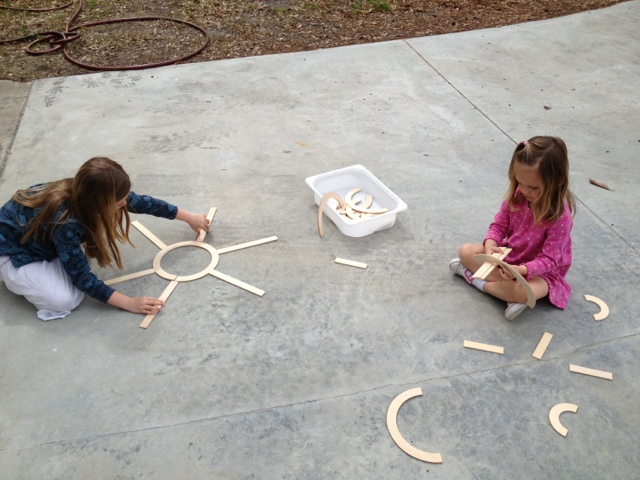 O(6) had a great idea to make reading fun!  She asked me to write her new reading words (from All About Reading Level 2) on the driveway, and she would ride her scooter over them as she read.  She zoomed so fast that she only had time to read 2 words! 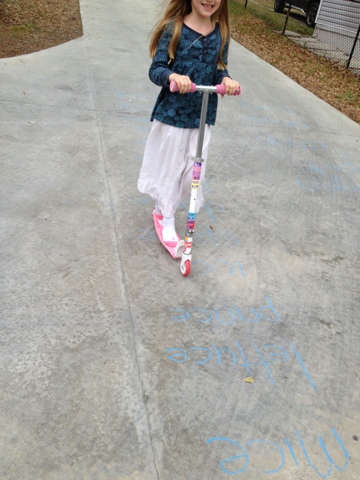 She then decided to throw a hula hoop at the words and read the words that the hoop landed on. 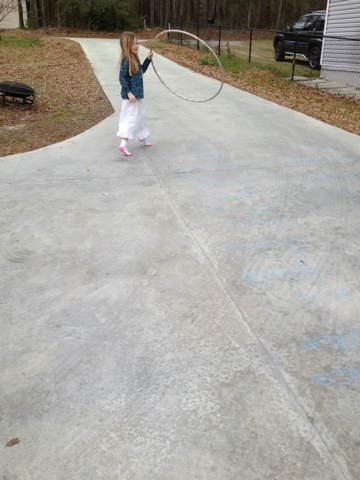 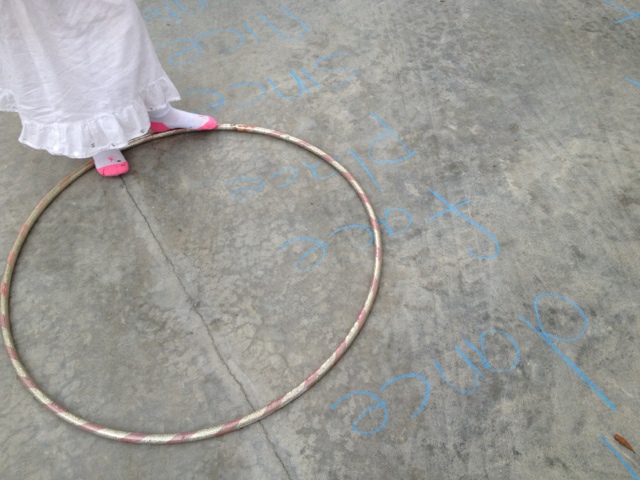 We are using Science Odyssey Life as our science curriculum, and the girls had fun digging for earthworms (they only found 2 and they both escaped, so we had to buy worms). 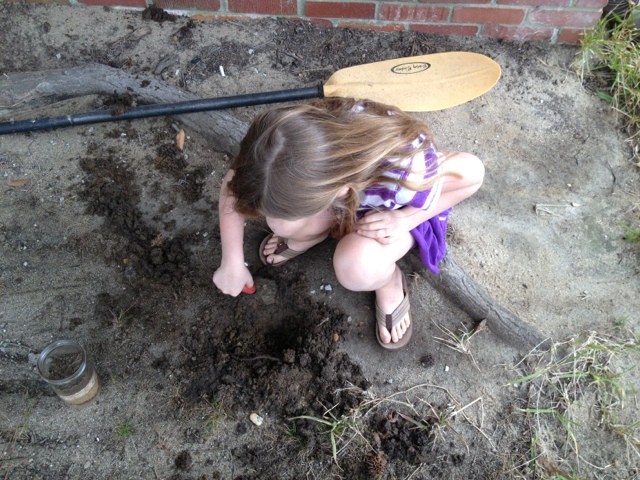 They created landforms with clay for our homeschool class.  I was surprised by how engaged they were in this activity.  I thought it would take about 20 minutes, but they worked with the clay for more than an hour and would have worked longer if we hadn't had to stop for supper. 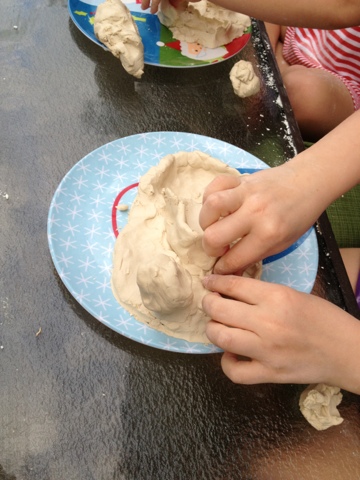 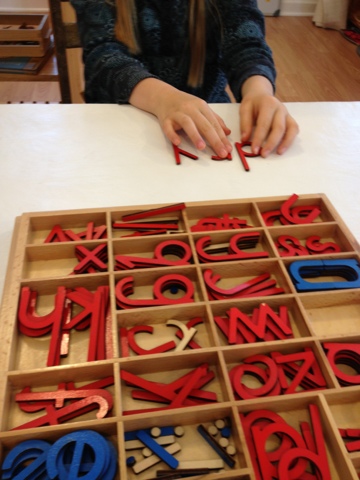 O(6) learned how to tell time recently, and we've had fun playing games to review these skills.  It's been a great introduction for E(3) to learn about telling time, too! 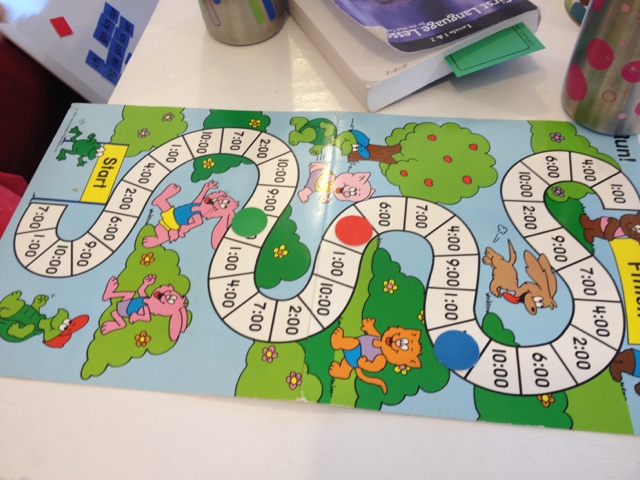 So, there's a look into some of the things that O(6) is doing as part of her first grade curriculum. In addition to these things, O(6) is about to finish The Story of the World, Volume 1 (we'll finish this week), and she recently finished Writing with Ease, Level 1.  For math, we are doing Rightstart Math and Singapore math.   I'm hoping we'll finish most of her lessons in April or early May so that we can start our summer curriculum...it's going to be so much fun!
Posted by Melissa at 11:56 PM